A look at our history

The area encompassed by the Township of Macdonald, Meredith and Aberdeen Additional originally was inhabited by the Ojibway. After the Canadian government and the Ojibway signed the Huron-Robinson Treaty of 1850, surveyors were sent into this area to examine the territory. What later resulted was the creation of three separate townships. The first of the three townships created was Macdonald Township in 1863. Named after Sir John A. Macdonald, this township became home to the village of Echo Bay.

In 1875 Meredith Township was surveyed. This township acquired its name from the Honourable Sir William Meredith who was elected to the Legislative Assembly in 1872 and later appointed Chief Justice of Ontario in 1912. In June 1892 Macdonald Township and Meredith Township were incorporated as a municipality.

The last township was surveyed in 1877. Originally labeled Coffin Additional (and later renamed to Aberdeen Additional in 1900), this area was known for its wide and extensive valleys.

In 1899, Aberdeen Additional joined the Township of Macdonald and Meredith to create the municipality which exists today.

Looking across the tracks

This township first witnessed permanent settlement during the mid-nineteenth century when geologists filtered into the territory to determine the quality and quantity of suspected minerals. This occurred as a result of the mining boom which transpired throughout Canada West. When mining did not prosper in this area, people ventured into lumbering and agriculture. All three townships were capable of sustaining a lumbering and/or agricultural base, and for most of the 1800s, lumbering was the chief industry. Due to necessity however, agriculture became the most popular industry. 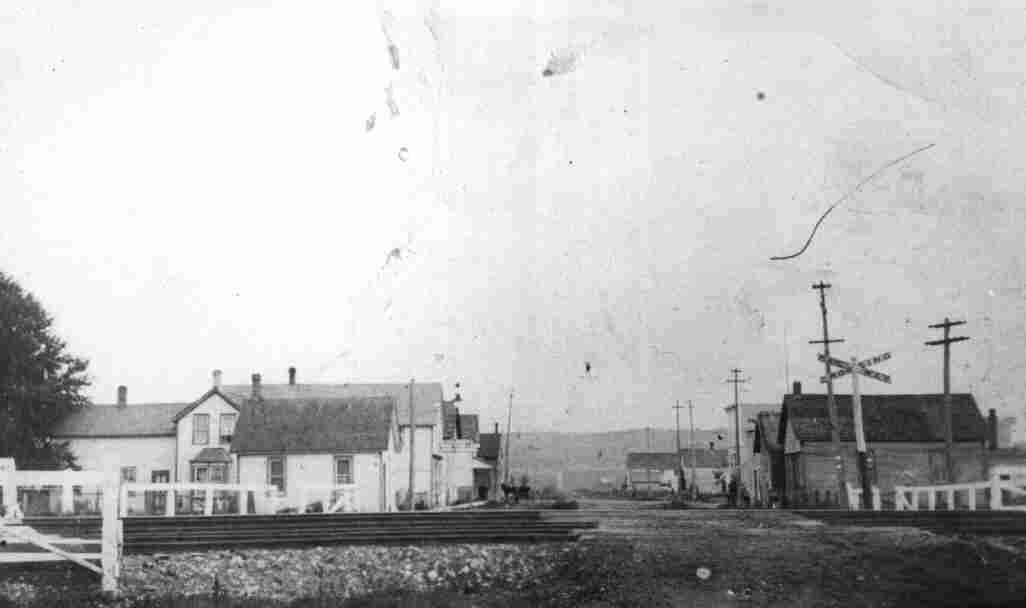 Settlement stretched throughout the region and by the 1860s visible communities were located in Sylvan Valley, Bar River, and Echo Bay. With the construction of a Canadian Pacific Railway station in Echo Bay in 1888, the village of Echo Bay expanded as businesses and homes were erected around the station. The C.P.R. station remained the centre of activity well into the twentieth century carrying passengers and freight alike. The C.P.R. closed the Echo Bay station in 1977.

Aside from the train station, Echo Bay boasted an active harbour on the shore of Lake George whereby boats trading between Lake Superior and the lower lakes often anchored. This contributed to the bustling of this little village. The communities and homesteads found within this municipality provided what William Rush, an early resident of Macdonald Township, considered “spirit of friendship of neighbourly cooperation which has made and still makes Echo Bay a good place in which to live.”

For a complete history refer to the Centennial book – For Old Times Sake. One can purchase this at the municipal office.

Send mail to twpmacd@onlink.net with questions or comments about this web site. 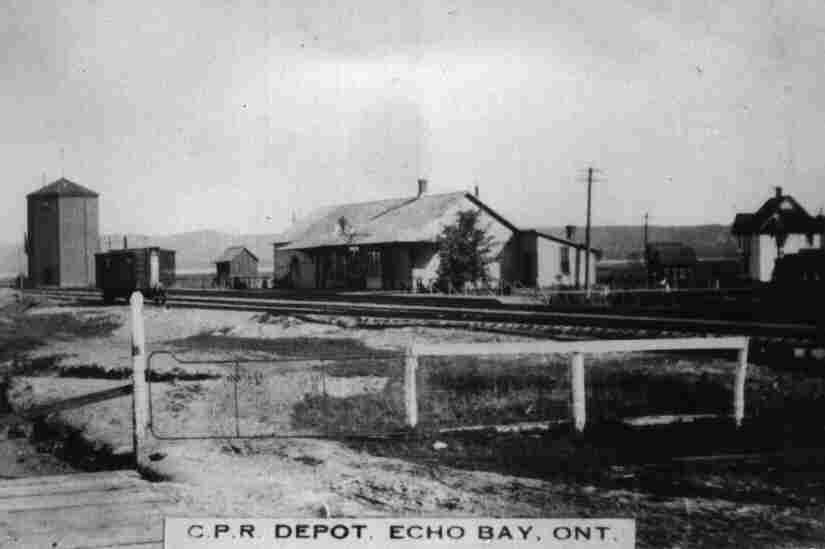 They will have valuable information that may answer your questions throughout all departments.